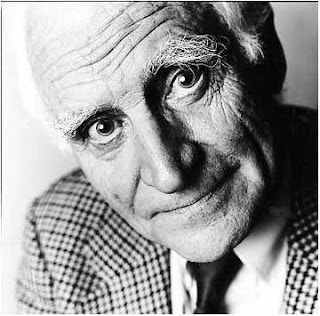 “I’m not convinced that debate ever advances thinking … Don’t you think you’re wasting your time when you engage in such a polemic? Since war is the most common thing in the world, it causes the indefinite repetition of the same gestures and the same ideas. Neither debate nor criticism makes any advances, except on the social chessboard and in the conquest of power. By what strange aberration were they believed to be fruitful, since they kill?

“What makes for advancement in philosophy, and also in science, is inventing concepts, and this invention always takes place in solitude, independence, and freedom — indeed, in silence. We have a surfeit of colloquia these days; what comes out of them? Collective repetitions. On the other hand, we are cruelly deprived of convents and quiet cells and the taciturn rules of the cenobites and anchorites.

“Debate brings pressure to bear, which always tends to confirm accepted ideas. It exacerbates them, vitrifies them, constructs and closes off lobbying groups. At the very most it sometimes chisels out clarifications, but it never makes discoveries. But unless philosophy is devoted to commentary, it ridicules retracing existing concepts.

“Discussion conserves; invention requires rapid intitution and being as light as weightlessness …

“Polemic never invents anything, because nothing is older, anthropologically, than war. The opposite notion has become conventional wisdom in the Anglo-Saxon world, which today holds sway. It is because it holds sway that this method is propagated. That’s always the strategy of victors. Reread Plato: Socrates always imposes the methodology by which he always wins. Dialectics is the logic of the masters. It’s necessary first of all to impose, in a manner defying discussion, the methodology for discussion.” 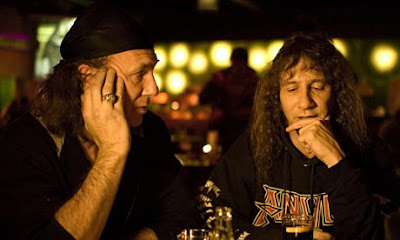 "The decision that Lips and Robb reached as teen-agers, to rock together, is one that they have stuck to for thirty-six years. That symbiosis has come to fuse the pair so unbreakably that, at some points in the documentary, you can scarcely tell them apart — never more so than when they bicker, which is half the time. 'Why am I your fall guy, constant-fuckingly?' a plaintive Reiner asks, amid the angry fallout of a recording session. 'Because I love you,' Lips replies, quite without embarrassment or doubt. I have noticed something similar in the bond between Francis Rossi and Rick Parfitt, of the British group Status Quo, and we should celebrate the way in which pairs of aging rockers tend to wind up like lovely, crumbling old married couples, with each one finishing the other's sentences and pining when he has to go away." 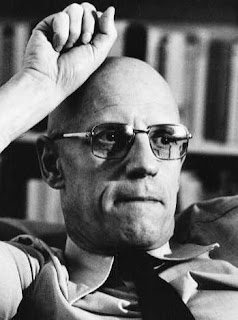 "I could tell you that these things were trails to be followed, that it didn't matter where they led, or even that the one thing that did matter was that they didn't lead anywhere, or at least not in some predetermined direction. I could say they were like an outline for something ... I felt a bit like a sperm whale that breaks the surface of the water, makes a little splash, and lets you believe, makes you believe, or want to believe, that down there where it can't be seen, down there where it is neither seen nor monitored by anyone, it is following a deep, coherent, and premeditated trajectory.

"That is more or less the position we were in, as I see it: I don't know what it looked like from where you are sitting. After all, the fact that the work I described to you looked both fragmented, repetitive, and discontinuous was quite in keeping with what might be called a 'feverish laziness.' It's a character trait of people who love libraries, documents, references, dusty manuscripts, texts that have never been read, books which, no sooner printed, were closed and then slept on the shelves and were only taken down centuries later. All this quite suits the busy inertia of those who profess useless knowledge, a sort of sumptuary knowledge, the wealth of a parvenu ... It should appeal to all those who feel sympathetic to one of those secret societies, no doubt the oldest and most characteristic in the West, one of those strangely indestructible secret societies that were, I think, unknown in antiquity and which were formed in the early Christian era, probably at the time of the first monasteries, on the fringes of invasions, fires, and forests. I am talking about the great, tender, and warm freemasonry of useless erudition." 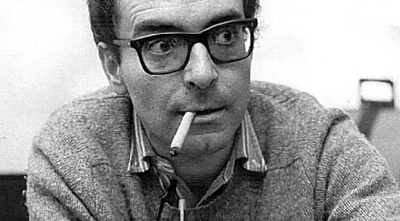 "Godard even said in an interview [in 1967] that it was against people like 'the Reverend Father Foucault' that he wanted to make films. 'If I don't particularly like Foucault, it is because of his saying, "At such and such a period they thought…" That's fine with me, but how can we be so sure? That is exactly why we try to make films; to prevent future Foucaults from presumptuously saying things like that.'"

I want to write more here, because her writing is so smart and beautiful, but I'm on campus and not near her books and don't quite know what to say yet.  Just wanted to note a passing, and a scholarly voice that will be missed.
Posted by gregory at 6:53 PM

"The worst thing about such rhetorical devices, about any of the mechanisms and patented insights that make up so much of a style, is that they are habit-forming, something the style demands in ever-increasing quantities. The poet learns subtle variations or extensions he once would have thought unlikely or impossible; but he permits himself excesses, both quantitative and qualitative, that once would have appalled him. This is how styles and more than styles degenerate. Our victories are temporary victories; and nothing makes us more susceptible to a vice than the knowledge that we have already overcome it. (The fact that one once used an argument somehow seems to give one the right to ignore it.)" 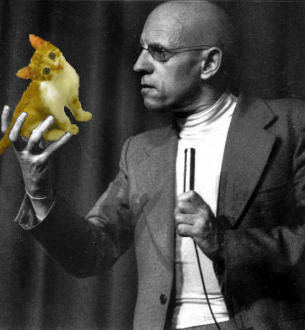 "In a system of discipline, the child is more individualized than the adult, the patient more than the healthy man, the madman and the delinquent more than the normal and the non-delinquent. In each case, it is towards the first of these pairs that all the individualizing mechanisms are turned in our civilization; and when one wishes to individualize the healthy, normal and law-abiding adult, it is always by asking how much of the child he has in him, what secret madness lies within him, what fundamental crime he has dreamed of committing …

"And if from the early Middle Ages to the present day the 'adventure' is an account of individuality, the passage from the epic to the novel, from the noble deed to the secret singularity, from long exiles to the internal search for childhood, from combats to phantasies, it is also inscribed in the formation of a disciplinary society. The adventure of our childhood no longer finds expression in 'le bon petit Henri,' but in the misfortunes of 'little Hans.'"

The Spy Who Loved Me 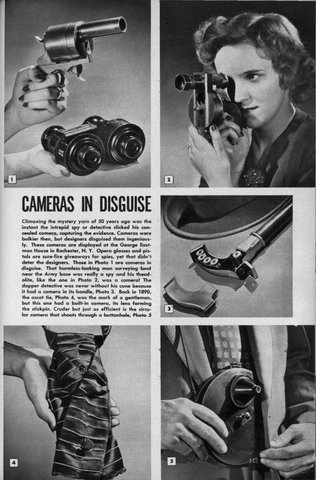 The best part about doing archival work on Cold War materials is that when you are allowed to use a digital camera to photograph documents, you feel like someone out of a John le Carre novel.
Fun fact: When the US Information Services Bureau, which ran the American Libraries across Europe in the post-WWII period (particularly in France and Austria), asked for donations of books representative of American culture, New Directions gave them a recently published translation of Baudelaire.
As James Laughlin's right-hand man Robert MacGregor put it, in a 1955 letter to Mr. L.L. Brady at the American Embassy in Paris, "Here is an excellent example of American scholarship. Bilingual editions are of inestimable value, and not only in schools. It therefore occurs to us that you might find FLOWERS OF EVIL a useful item for the New Year's presentations to people of importance, as well as for the end-of-the-year school prizes next June, the library loan collections and the lists of available titles circulated to the 21 French-speaking missions." (quoted from New Directions Publishing Corp. records, call # bMS Am 2077, Houghton Library, Harvard)
Posted by gregory at 1:49 PM