"A wide and open field gives us agoraphobia." 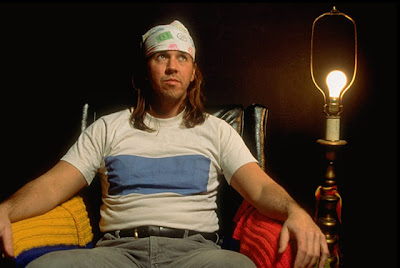 From Although Of Course You End Up Becoming Yourself, David Lipsky's book-long interview with David Foster Wallace (a thirty-first birthday present):

…you said you saw yourself as "A combination of being incredibly shy, and being an egomaniac, too"?

I think I said "exhibitionist, also."

But exhibitionist too?
Yeah.

Well, I think being shy basically means being self-absorbed to the extent that it makes it difficult to be around other people. For instance, if I'm hanging out with you, I can't even tell whether I like you or not, because I'm too worried about whether you like me. It's stressful and unpleasant or whatever. And I have elements of that shyness in me.

And yet at the same time, I mean it's sort of like the agoraphobic kleptomaniacs. At the same time, I think that most people — and stop me if you disagree, because I'm talking to somebody who's in the trade — somebody who's writing, has part of their motivation to sort of I think impress themselves and their consciousness on others. There's an unbelievable arrogance about even trying to write something — much less, you know, expecting that someone else will pay money to read it. So that you end up with this, uh… I think exhibitionists who aren't shy end up being performers. End up plying their trade in the direct presence of other people … And exhibitionists who are shy find various other ways to do it …

But there's also, the shyness feeds into some of the stuff that you need as a fiction writer. Like: Part of the shyness for me is, it's very easy for me to play this game of, What do you want? What will the effect of this be on you? You know? It's this kind of mental chess. Which in personal intercourse? Makes things very difficult. But in writing, when I think a lot of what you're doing — there are very few innocent sentences in writing. You've gotta know not just how it looks and sounds to you. But you've gotta be able plausibly to project what an alien consciousness will make of it. So that there's a kind of split consciousness that I think makes it difficult to deal with people in the real world. For a writer. But that actually comes in handy.

And one of the reasons why I think when I'm really working hard, that I'm not around people much, isn't that I don't have time. It's just that, it's more like a machine you turn on and off. And I, the idea of sitting here and being completely wrapped up in what piece will result, what your impression of me is, how I can manage that, would be so exhausting that I just don't want to do it. That's what's kind of weird — is this process of being interviewed kicks that machine. Except, now I don't have control over it, right? Now I've gotta manage it, and trust that you, that you — when writing the piece — that you are concerned about how it's gonna come off to the people who are then gonna manage it as well. So the three are actually kind of interestingly — there's writing, there's innocent interaction with other people, and then there's this interviewing stuff.

What I would love to do is a profile of one of you guys who's doin' a profile of me. It would be way too pomo and cute, to do. But it would be very interesting. It would be the way for me to get some of the control back. Because if you wanted — within the parameters of, you can't tell outright lies that I'll then deny to the fact checker. But if you wanted, I mean, you're gonna be able to shape this essentially how you want. And that to me is extremely disturbing. Because I want to be able to try and shape and manage the impression of me that's coming across. And it might be why writers are such shitty interviews. (16-18)

"What is an age but something to complain about?"

To All Pollicle Dogs and Jellicle Cats 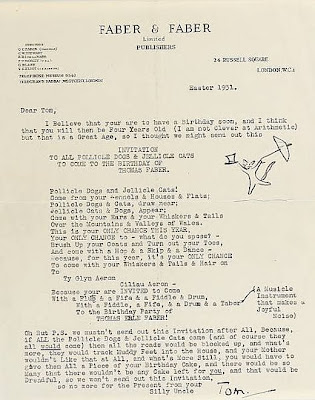 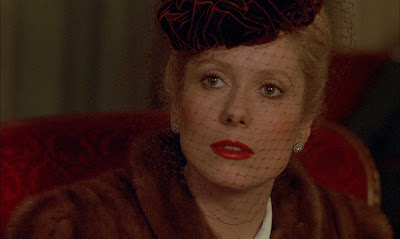 My final review for the François Truffaut series, which ends this weekend, is up now at Not Coming to a Theater Near You.
Posted by Evan at 8:50 PM 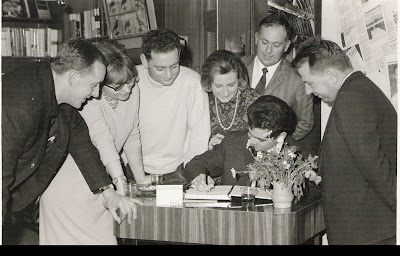 "Life, for them, and their circle of friends, was often a whirlwind.

"There was a whole crowd of them, they made a fine bunch. They knew each other well; taking a lot from each other, they had common habits, common tastes and shared memories. They had their own vocabulary, their own marks, their special ideas. Too sophisticated to be perfectly similar to each other, but probably not sophisticated enough to avoid imitating each other more or less consciously, they spent a large part of their lives swapping things. They felt irritated by that often enough; but even more often they found it amusing." 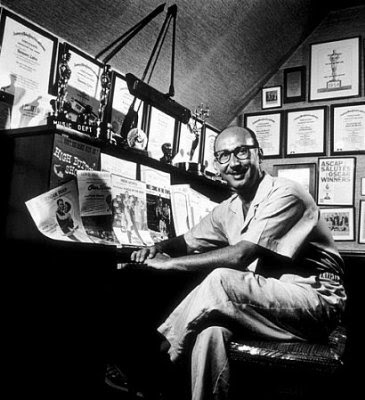 I'll be at the Experience Music Project Pop Conference in Seattle this weekend, giving a paper called "'I Do Alterations': Sammy Cahn and the Business of Parody."
Posted by Evan at 1:04 PM 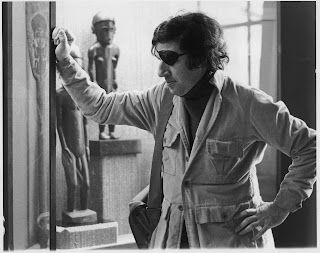 "One runs little to no danger in speaking of the weather, or writing about the weather, or in repeating what others may have said on that subject. It is safe to conclude that people discussing the weather may be doing so in order to avoid a more controversial subject, one that might irritate, annoy, or even anger someone, anyone, within earshot. He was past avoiding risks." 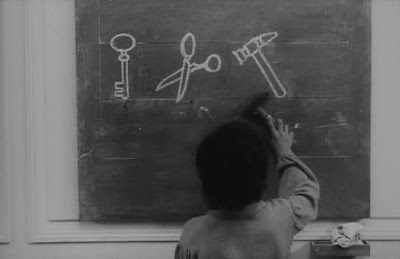 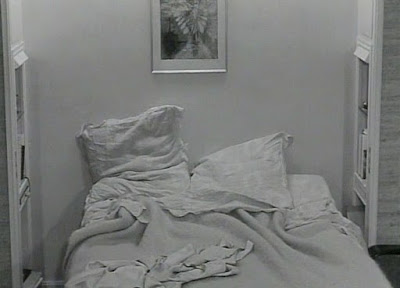 Voìla! My take on The Soft Skin, part of the ongoing series on François Truffaut.
Posted by Evan at 2:00 PM