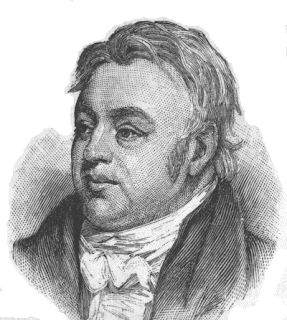 "Let a communication be formed between any number of learned men in the various branches of science and literature; and whether the president or central committee be in London, or Edinburgh, if only they previously lay aside their individuality and pledge themselves inwardly, as well as ostensibly, to administer judgment according to a constitution and code of law; and if by grounding this code on the two-fold basis of universal morals and philosophic reason, independent of all foreseen application to particular works and authors, they obtain the right to speak each as the representative of their body corporate; they shall have their honor and good wishes from me, and I shall accord to them their fair dignities, though self-assumed, not less chearfully than if I could inquire concerning them in the herald's office, or turn to them in the book of peerage. However loud may be the outcries for prevented or subverted reputation, however numerous and impatient the complaints of merciless severity and insupportable despotism, I shall neither feel nor utter aught but to the defence and justication of the critical machine. Should any literary Quixote find himself provoked by its sounds and regular movements, I should admonish him, with Sancho Panza, that it is no giant but a windmill; there 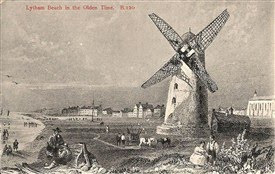 it stands on its own place and its own hillock, never goes out of the way to attack any one, and to none and from none either gives or asks assistance. When the public press has poured in any part of its produce between its millstones, it grinds it off, one man's sack the same as another, and with whatever wind may then happen to be blowing. All the two and thirty winds are its friends. Of the whole wide atmosphere it does not desire a single finger-breadth more than what is necessary for its sails to turn round in. But this space must be left free and unimpeded. Gnats, beetles, wasps, butterflies and the whole tribe of ephemerals and insignificants may flit in and out and between; may hum, and buzz, and jar; may shrill their tiny pipes, and wind their puny horns, unchastised and unnoticed. But idlers and bravadoes of larger size and prouder show must beware how they place themselves within its sweep. Much less may they presume to lay hands on the sails, the strength of which is neither greater nor less than as the wind is which drives them round. Whomsoever the remorseless arm slings aloft, or whirls along with it in the air, he has himself alone to blame; though when the same arm throws him from it, it will more often double than break the force of his fall." 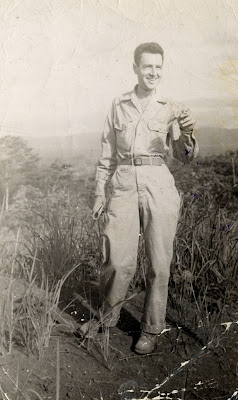 "Ambiguity is one of the favorite principles of the modern critic, but this one has backfired rather badly, killing quite a few graduate students. The critic sees the poem through the dictionary, as if the poet had taken the twenty-three definitions of green and used them all at once. But the way the poet uses green does not appear in any dictionary. (Incidentally, someone should analyze the dictionary, if analysis is the order of the day. The dictionary is a kind of large bad poem, or rather a fine piece of science fiction. And the card catalogue of the library is surely the most romantic epic of modern man…)" 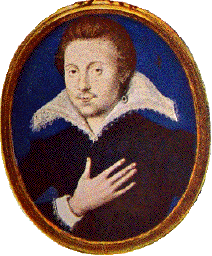 "First, truly I note not only in these … poet-haters, but in all that kind of people who seek a praise by dispraising others, that they do prodigally spend a great many wandering words in quips and scoffs, carping and taunting at each thing which, by stirring the spleen, may stay the brain from a through-beholding the worthiness of the subject. Those kind of objections, as they are full of a very idle easiness, since there is nothing of so sacred a majesty but that an itching tongue may rub itself upon it, so deserve they no other answer, but, instead of laughing at the jest, to laugh at the jester … Marry, these other pleasant faultfinders, who will correct the verb before they understand the noun, and confute others' knowledge before they confirm their own — I would have them only remember that scoffing cometh not of wisdom. So as the best title in true English they get with their merriments is to be called good fools; for so have our grave forefathers ever termed that humorous kind of jesters."

"What Pound passed on … seems less a teaching of technique than a technique of teaching. The point may be clarified by looking at his favorite anecdote, Agassiz and the fish, which begins the ABC of Reading (1934). The great zoologist hands a postgraduate student a small fish and tells him to describe it. The student returns with some textbook definitions. Again Agassiz tells him to describe the fish. The student produces a four-page essay, and is told once more to look at the fish. 'At the end of three weeks the fish was in an advanced state of decomposition, but the student knew something about it' (p. 18). That, for Pound, exemplifies the method of modern science and ought to be the basis of all teaching. But what exactly has been taught? Nothing, apparently, except the necessity of looking. The last section of the ABC, its 'Treatise on Meter,' preaches a similar moral: 'The answer is: LISTEN to the sound it makes' (p. 201). One should not underestimate the value of this technique, in the hands of a respected master who convinces disciples that they too will be ruthlessly looked at and listened to. Yet the method is also very coercive, laying claims to objectivity while actually forcing the student to guess what sort of answer will satisfy the teacher. For teachers do want a specific something (not how the fish smells, for instance), and students find what they go looking for. To pass the course, Pound's disciples had to discover modern poetics. They learned how to do this less by grasping principles than by imitating Pound."

— Lawrence Lipking, "Poet-Critics," in The Cambridge History of Literary Criticism Vol. 7, 455
Posted by Evan at 2:25 PM 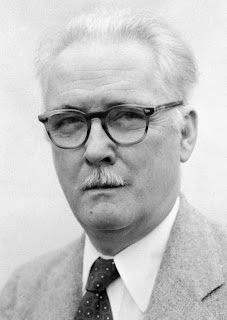 Criticism, bitten by philanthropy, longs to be freed from administration.
Posted by Evan at 2:56 PM