So much to answer for 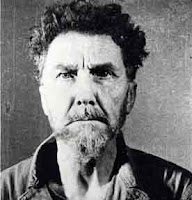 "On September 22nd, amid a diatribe about House, Beck cited a passage from Secrets of the Federal Reserve, by Eustace Mullins. The book, commissioned in 1948 by Ezra Pound, is a startlingly anti-Semitic fantasy of how a Jewish-led conspiracy of all-powerful bankers established the Federal Reserve in service of their plot to dominate the world." 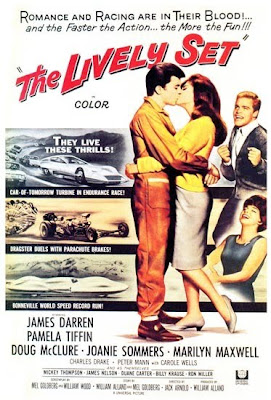 "Newman got a tune into The Lively Set, a 1964 beach movie starring Doug McClure and James Darren (there was a soundtrack LP on Decca; somewhere, a copy survives); "Galaxy A-Go-Go! (Leave It to Flint)" turned up in Our Man Flint in 1966, though not on the soundtrack album. As a moonlighter he contributed background music to the CBS series The Many Loves of Dobie Gillis. He composed background rock functionals for the ABC series Peyton Place ('Something for Betty and Rodney to dance to'); in 1965, without Newman's knowledge, but no doubt with the hope the public might confuse Randy with his famous film-scoring uncles Alfred and Lionel, the results were assembled into Original Music from the Hit Television Show Peyton Place by the Randy Newman Orchestra (Epic LP). Reports that Newman also wrote theme music for the 1963 Girl Scouts Cookie campaign, the 1964 Republican convention, and a December 7, 1965, meeting of the Croatian-American Benevolent Society ('Dead Serb Blues') have never been verified."