Since I rarely post here any more, let me refer you to someone who does.
Posted by Evan at 6:37 PM 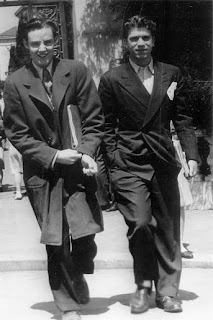 "What choice can we claim over the writing, or the voice — sometimes it is manifested in a phrase — that carries conviction for us? It is not much help to say: Conviction should not be taken seriously that is not justified by argument. That sounds more like a threat (in my hearing it has typically been more than that) than like part of an argument. And then there lingers the feeling that those who recommend the look of argumentation often regard themselves as already knowing the conclusions for which they are inclined to argue. Where is the intellectual adventure, or advance, in that?"