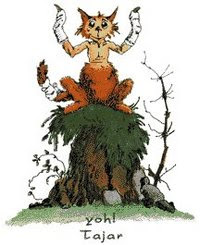 "Considerable interest has been aroused as to the proper spelling of the name of the hero of these stories. The careful reader will note that there is no official spelling, that in the nature of things there could not be since if the name were written twice alike, both author and readers might forget to forget what he's spelled like — which would be quite fatal.

"Since no authentic picture of the Tajar is available a species of near-Tager common to China where these tales are published has consented to pose on the cover in his place."

The pit of what has been said 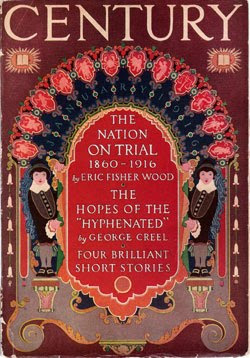 "And yet if you go back and look at old editions of The Nation or The New Republic, which published a lot of poetry back in the day — or if you go farther back, to Reedy's Mirror or The Century magazine — and if you hunt around for a while in some of those periodicals, you'll find that most of the poetry in them is just there as decoration. It's a form of ornament, like a printer's dingbat. A little acorn with a curlicue. Or the scrollwork on a beaux-arts capital. It's just a way of creating a different look on the page, and creating the sense on the part of the reader that he's holding something that is a real Kellogg's variety pack.

"The magazine is going to have some kind of big thoughtful political piece about Teddy Roosevelt, say, and then it's going to have a bit of serialized fiction, and it's going to have some 'cuts' — that is, some art — and a few color pages tipped in, maybe, if it's The Century magazine, maybe by Maxfield Parrish, and it's going to have some poems. The long nonfiction piece comes to an end, and it's about being a stevedore in Baltimore, something like that. And then at the bottom of the page is this poem in two columns, with six stanzas, and each stanza has indentations, and the conventionality and vapidity of it will stun you. 'The shades of summer's bosky hue, o'erlie thy modest floobie doo.' The editors of The Century didn't expect you to read that poem with your full mind. They knew it was just some rhymes thrown pell-mell together with cornstarch. They knew full well, because this is America, land of bad poetry. Yes, sir! Bad poetry, sir! Loads of it in the back, sir! Just keeps coming. Tipped in. The shovel eases the soft tonnage of poetry over the rim, and it just pours into the pit, pluth. The pit of what has been said. And the lost gulls are flapping and calling — peer! peer!" 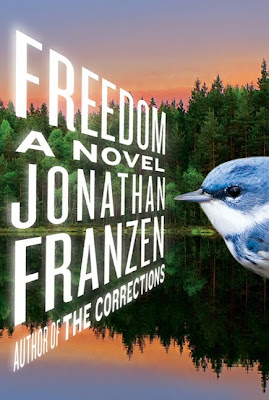 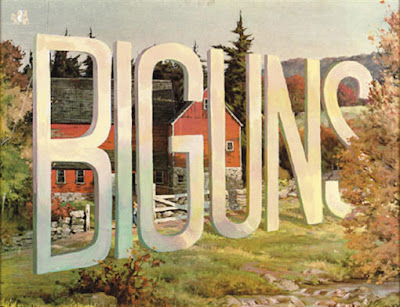 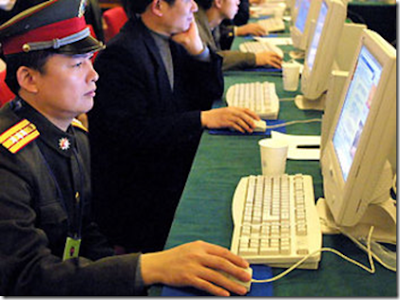 According to a reliable third party, this blog is banned in China.
Posted by Evan at 11:08 AM 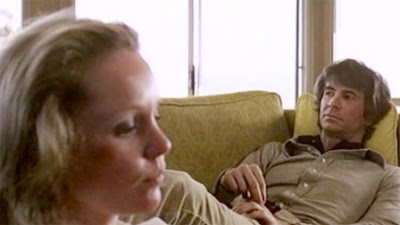 "'People in the East pretend to be interested in how pictures are made,' Scott Fitzgerald observed in his notes on Hollywood. 'But if you actually tell them anything, you find … they never see the ventriloquist for the doll. Even the intellectuals, who ought to know better, like to hear about the pretensions, extravagances and vulgarities — tell them pictures have a private grammar, like politics or automobile production or society, and watch the blank look come into their faces.'

"Of course there is good reason for this blank look, for this almost queasy uneasiness with pictures. To recognize that the picture is but the by-product of the action is to make rather more arduous the task of maintaining one's self-image as ([Stanley] Kauffmann's own job definition) 'a critic of new works.' Making judgments on films is in many ways so peculiarly vaporous an occupation that the only question is why, beyond the obvious opportunities for a few lecture fees and a little careerism at a dispiritingly self-limiting level, anyone does it in the first place. A finished picture defies all attempts to analyze what makes it work or not work: the responsibility for its every frame is clouded not only in the accidents and compromises of production but in the clauses of its financing…

"Nor does calling film a 'collaborative medium' exactly describe the situation. To read David O. Selznick's instructions to his directors, writers, actors and department heads in Memo from David O. Selznick is to come very close to the spirit of actually making a picture, a spirit not of collaboration but of armed conflict in which one antagonist has a contract assuring him nuclear capability. Some reviewers make a point of trying to understand whose picture it is by 'looking at the script': to understand whose picture it is one needs to look not particularly at the script but at the deal memo.

"About the best a writer can hope to do, then, is to bring an engaging or interesting intelligence to bear upon the subject, a kind of petit-point-on-Kleenex effect which rarely stands much scrutiny. 'Motives' are inferred where none existed; allegations spun out of thin speculation. Perhaps the difficulty of knowing who made which choices in a picture makes this airiness so expedient that it eventually infects any writer who makes a career of reviewing; perhaps the initial error is in making a career of it. Reviewing motion pictures, like reviewing new cars, may or may not be a useful consumer service (since people respond to a lighted screen in a dark room in the same secret and powerfully irrational way they respond to most sensory stimuli, I tend to think much of it beside the point, but never mind that); the review of pictures has been, as well, a traditional diversion for writers whose actual work is somewhere else. Some 400 mornings spent at press screenings in the late Thirties were, for Graham Greene, an 'escape,' a way of life 'adopted quite voluntarily from a sense of fun.' Perhaps it is only when one inflates the sense of fun into (Kauffmann again) 'a continuing relation with an art' that one passes so headily beyond the reality principle." 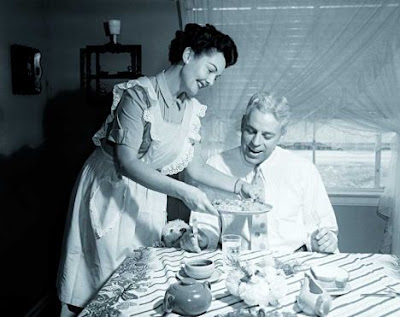 "There is a naive conception of social history that is extremely popular. People with different viewpoints give it different slants, but the basic story is much the same. The leading character is called Technology, or sometimes Science; very sophisticated storytellers have twin leads called Science and Technology. They are the active agents in the drama. In some versions, they are the heroes; in others, the villains. In all, they are endowed with overwhelming power.

"There are some other characters, too. One of them is called Modern Society, who is more or less the dutiful wife, following where Technology leads her. In some accounts she drags her feet; in others she eggs him on. But it does not make very much difference one way or the other because they are married, for better or worse. There is one other character, a kind of stepchild called the Individual. His job is to fit into the family as best he can. This requires him to be diligent and skillful. Since the family is changing, getting more scientific, technological, and complex all the time, this can be a hard job.

"There are a lot of dramatic possibilities here, and our writers have exploited them all."

— Randall Collins, The Credential Society: An Historical Sociology of Education and Stratification, 1
Posted by Evan at 3:44 PM