Civilization and Its Dis Contests

Civilization and Its Disk Contents

This one would be a hard drive checking program.
Posted by Evan at 8:49 PM

Civilization and Its Discotheques

I've decided this should be a dance-pop album title.
Posted by Evan at 5:28 PM

Whoz Side U On, Anyway? 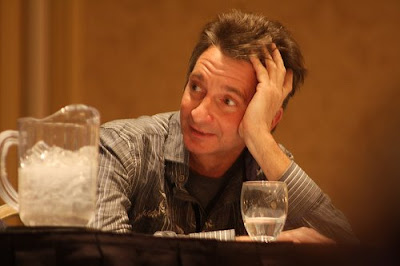 Once there was a mountain here
then a glacier came and when
the glacier melted, the ground looked
like brains so some critics came along
to decide who was avant garde enough.
Those that weren't attacked Russia
where some structuralists were saying
everything was a structure even your mother.
Like deaf mutes in airports selling cards
saying they're deaf mutes, the avant garde
sold poems saying they're poets.
Or everyone's a poet. Or what's a poem?
Or die whitie die. Or representation =
kapitalism's whore. Meanwhile someone
writes about smacking a deer with his car,
feeling kinda bad, and that's not avant garde
so off to Russia, here's your carbine.
But then a whole class of poets
gets out of going to Russia through connections
and bands together to form the Academy of American Poets
to protest high dry-cleaning costs.
Then someone comes up with a book
that's not even in words, publishes
20 copies on butcher paper and burns them
and that's so fucking avant garde,
the sea floor rises 10,000 feet
and becomes a desert, perfect
for a school where the poet
slash critic slash professor says, Take off your clothes,
and when the students take off their clothes,
shouts, Too late! Wreck subjectivity!
Too late! The blood of Walt Disney
is on your hands! Explode syntax
allude to the renaissance metaphor
is fascism memory is a lie.
Too late too late too late.
Roses are blue, the quality of mercy
is chow mein, first thought butt-shake.
See this shoe? It's a text.
Hard not to miss attacking Russia
even with only a frozen rat to eat,
powder burns, constant concussion
so you can't even think. Hard
not to miss trying to slip a potent
image by the censors, some sort
of uplift in the end, a talking
rose or kiss made of mist. 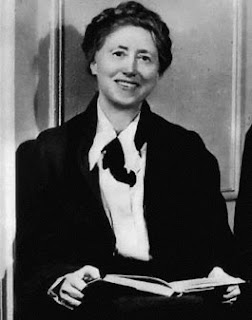 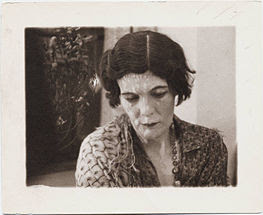 I am so glad that California has done you good. You have to forego life on the Acropolis I think, anywhere away from the east. I am like the man in Life who was shocked by the rawness of the west, deprecated the women — 'attractive of course but crude,' supposed that shoe polish had been cut off by the war and then when the frogs' legs were served, the smile appeared, so rare in an easterner but on second thought he said 'though superbly cooked, it strikes me that they are a little more bowed than those we get in the east.' Well, the main thing is that the climate has agreed with you and that you have all had time to think and follow your own devices secure from the inroads of eastern harpies." 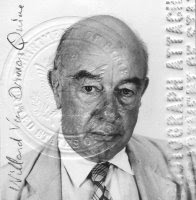 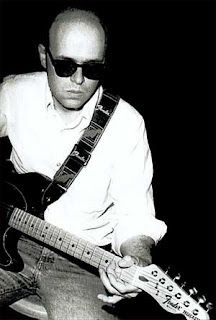 are related. Willard is Robert's uncle. Just thought you'd like to know.
Posted by Evan at 9:55 AM

"The moderns are quite right to want reality, language, society and being all at once. They are wrong only in believing that these sets are forever contradictory…

"Are you not fed up at finding yourselves forever locked into language alone, or imprisoned in social representations alone, as so many social scientists would like you to be? We want to gain access to things themselves, not only to their phenomena. The real is not remote; rather, it is accessible in all the objects mobilized throughout the world. Doesn't external reality abound right here among us?

"Do you not have more than enough of being continually dominated by a Nature that is transcendent, unknowable, inaccessible, exact, and simply true, peopled with entities that lie dormant like the Sleeping Beauty until the day when scientific Prince Charmings finally discover them? The collectives we live in are more active, more productive, more socialized than the tiresome things-in-themselves led us to expect.

"Are you not a little tired of those sociologies constructed around the Social only, which is supposed to hold up solely through the repetition of the words 'power' and 'legitimacy' because sociologists cannot cope either with the contents of objects or with the world of languages that nevertheless construct society? Our collectives are more real, more naturalized, more discursive than the tiresome humans-among-themselves led us to expect.

"Are you not fed up with language games, and with the eternal scepticism of the deconstruction of meaning? Discourse is not a word unto itself but a population of actants that mix with things as well as with societies, uphold the former and the latter alike, and hold on to them both. Interest in texts does not distance us from reality, for things too have to be elevated to the dignity of narrative. As for texts, why deny them the grandeur of forming the social bond that holds us together?

"Are you not tired of being accused of having forgotten Being, of living in a base world emptied of all its substance, all its sacredness and its art? In order to rediscover these treasures, do we really have to give up the historical, scientific and social world in which we live? To apply oneself to the sciences, to technologies, to markets, to things, does not distance us any more from the difference of Being with beings than from society, politics, or language.

"Real as Nature, narrated as Discourse, collective as Society, existential as Being: such are the quasi-objects that the moderns have caused to proliferate. As such it behoves us to pursue them, while we simply become once more what we have never ceased to be: amoderns."

Joint Custody with a Jerk 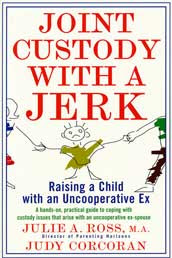 Saw a woman reading this in a café today. Kind of sad.
Posted by Evan at 5:30 PM 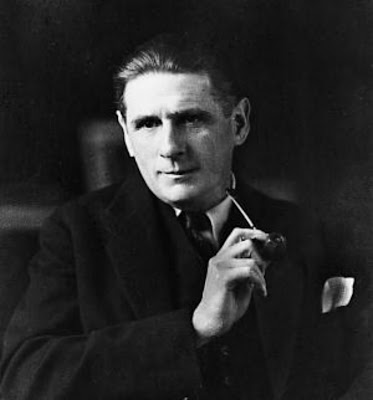 "At Erich's evenings, Hermann Broch, tall and stooped, with a face as long and fine as a Saluki's, descended from his studio to join the group around the table when coffee was served … Pulling on his pipe, he might talk in a rather preoccupied way about 'twilight consciousness,' or be very down-to-earth about a New Yorker cartoon. It was not how well one understood philosophical ideas in a foreign language that measured one's comprehension, he said; it was one's grasp of the humor. The New Yorker was the weekly test he gave himself. Failure to understand even one caption made him gloomy. He would show it to John and me, and ask us to explain what to him was incomprehensible." 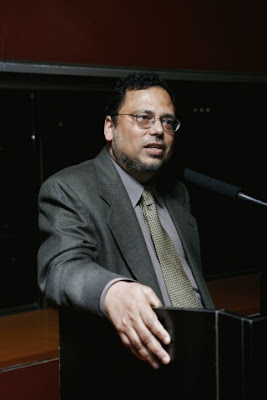 Very powerful essay by Dipesh Chakrabarty in the Winter 2009 Critical Inquiry on global warming and its consequences for theories of history:

Chakrabarty goes on to adopt the term (suggested by scientists Paul J. Crutzen and Eugene F. Stoermer) "Anthropocene" for the geological period we're currently living in: meaning that human activity is, for the first time in planetary history, the determining climatic and geological factor.

What's so amazing — and, in the context of Critical Inquiry, provocative — about these formulations, familiar enough to scientists or even newspaper readers of the past ten to fifteen years or so, is that they invert or reverse the standard anti-humanist theoretical move, which tries to convince us that human agents are less important than we've been socialized to think (here I'm thinking primarily of Foucault, Althusser, and all their various progeny). Modernity is often seen as precisely this: a loss of power for the individual human being, a demotion from agent to subject or from subject to construct. So when Chakrabarty writes that "[t]o call human beings geological agents is to scale up our imagination of the human," he's implicitly invoking that "scaling down" that we in the increasingly misnamed humanities have been struggling to do for the past forty-odd years.

But he's not doing this, of course, in order to reclaim the positive values of the old humanism; rather, he's trying to make us understand the negative or harmful aspects of our humanity, the immense destructive power that we inevitably wield over the planet and each other. All of which entails not only a new theory of history but also a new ethics, new politics, even a new ontology maybe. I'm struck by how close Chakrabarty's current position is to what Michel Serres was saying in 1991 in Eclaircissements, about the recognition of human strength being the primary ethical imperative of our scientific era (I just returned the book yesterday or I'd quote exactly — he says it a lot more elegantly than that). I'm tempted to make a new category for these guys (which could also include Bruno Latour and, maybe, Pierre Bourdieu): negative scientific humanism. (Which should not suggest pessimism or fatalism: quite the opposite.) What they all have in common is an affirmation of science and rationality, or at least an acceptance of its findings, along with a deep dismay about the ethical consequences of science's unprecedented level of power; but also a dissatisfaction with the existing left critique of technoscience, whether Marxist or Heideggerian (Chakrabarty says all kinds of smart things about reconciling natural scientists' views of "deep history" with materialist critiques of capital).

So it seems to me that what Chakrabarty is on to is really quite extraordinary: a way out of the humanist/anti-humanist binary that's become so sterile over the decades. Of course this is, in planetary terms, the least important stake in this debate, but if the future of the world does indeed depend on how human beings view themselves and their activities, then it doesn't seem crazy that the humanities might play a significant part.

Reading my book on Sunday afternoon


I can't be the only one who spent most of the time watching this promo clip trying to make out the titles of books in Matthew Friedberger's office. So far I've spotted The Poems of William Dunbar, something by Carl Sandburg, Bernard Rudofsky's Streets for People, W.V. Quine's Philosophy of Logic, Hegel's Philosophy of Right, Georg Lukacs' Record of a Life, and something by somebody called Eric Newby. Lots of others I can't quite make out. Can you help?
Posted by Evan at 1:35 PM